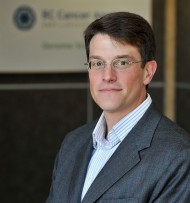 Dr. Marra is the UBC Canada Research Chair in Genome Science, and a member of the Order of British Columbia. He is a recipient of a 2013 UBC Killam Research Prize, a 2012 UBC Faculty of Medicine Distinguished Achievement Award, and the Medal of Merit Award from the International Association of Lions Club. He was elected to the Canadian Academy of Health Sciences in 2009; received the Frontiers in Research Award from the BC Innovation Council in 2008; and was appointed a Fellow of the Royal Society of Canada in 2007. He was a recipient of a Genome BC Award for Scientific Excellence, a MSFHR Career Investigator Senior Scholar Award, and Simon Fraser University President’s 40th Anniversary Award. In 2004, he received a Terry Fox Young Investigator Award and BC Biotech’s Innovation and Achievement Award (together with the entire GSC staff) for sequencing the SARS coronavirus genome.

In February 2013, under the directorship of Dr. Marra, the Genome Sciences Centre was ranked in the top 5 best research facilities in Canada by Backbone magazine. (http://www.backbonemag.com/Magazine/2013-03/backbone200-best-canadian-tech.aspx)

In June 2014, Dr. Marra was listed in the 2014 World’s Most Influential Scientific Minds by Thomson Reuters. These highly cited researchers (highlycited.com) were determined by analyzing citation data over the last 11 years to identify those who published the highest impact work (2002—2012 and 2012—2013). Dr. Marra was featured in the July 4th, 2014 issue of Globe and Mail as the 2nd most highly cited scientist in Canada

What degrees are available if I apply to the Graduate Program in Bioinformatics?