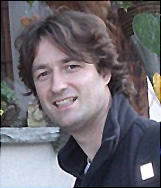 Protein-DNA, protein-RNA and protein-protein interactions are fundamental to all biological processes. In recent years it has become possible, which the help of high-throughput methods, to discern the topology of large cellular interaction networks, which are represented as “interactome” maps. However, in order to understand cellular processes such as signal transduction, the relationship between cellular complexity and phenotype, and ultimately for being able to decipher the complex molecular mechanisms that underlie pathologies like cancer or neurodegeneration, we have not only to map the interactomes but also, and perhaps more importantly, elucidate how the structure and interaction properties of the constituent proteins affect network and phenotypic trait. Although NMR spectroscopy, X-ray crystallography and other biophysical methods have proven very successful in the determination of protein structures, the exhaustive characterization of all binary and higher-order protein complexes present in a cell is an extremely challenging task for several reasons. One of major importance is that a large fraction of eukaryotic proteins lack a predominant tertiary structure when in isolation. These so called natively or intrinsically disordered proteins (IDPs) can often adopt different folds when interacting with different partners. Importantly, IDPs are at the heart of various signalling and regulatory cascades in eukaryotic cells and altered abundance of IDPs is associated with severe disease conditions such as cancer or neurodegeneration.

We are interested in understanding the logic by which interactions that are mediated by IDPs can regulate complex cellular processes and how defects in interactions lead to disease. To achieve this goal, we develop and apply new computational methods to determine the structures of complexes formed by signaling proteins analyze the functional integration of IDPs in complex signaling networks determine how signalling-specific structural features constrain the evolvability, regulation and interaction of signaling proteins

In our research, we are also addressing questions related to protein misfolding and aggregation. Protein aggregation and amyloid formation have been linked to a variety of neurodegenerative disorders such as Alzheimer’s disease, Parkinson’s disease or Creutzfeldt-Jakob disease. We are developing new computational approaches to study protein aggregation and predict the structure proteins adopt in amyloid fibrils. Using high-throughput screening methods, we further aim at understanding which protein-protein interactions are affected in neurodegenerative disorders such as Huntington’s or Creutzfeldt-Jakob disease, and more specifically, which signaling pathways most perturbed.